Random memory: Travelling to England, sleeping in a car

I was just watching Top Gear: the Best-Of Collection and came across a bit where a BMW and a Mercedes (both estate cars) were being compared, and Jeremy Clarkson mentioned that one of them had seats that didn’t fold all the way down (clicky for slightly larger): 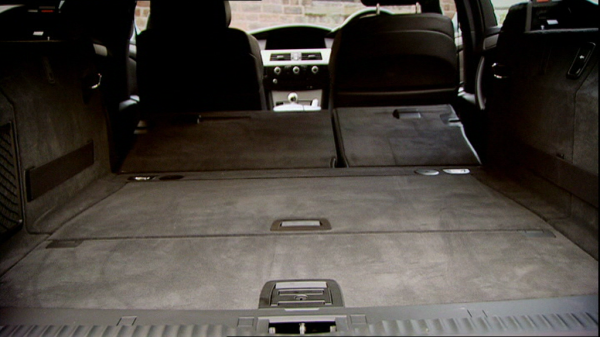 And that reminded me of how we drove to England once when I was a child.

My father made a kind of platform out of wood which stood on little legs (I think). The seats were folded down and this platform was placed on top of the surface they formed.

Then the luggage went underneath the wooden platform and we children went on top… horizontally, because my father was going to drive from Germany to England overnight and we would be sleeping. So we took along our pillows and duvets and made ourselves comfortable.

Since we were already four children then, the three oldest would sleep next to one another, and the youngest would go behind us, sideways.

That sort of thing would probably break all kinds of safety laws these days, but things were simpler then (for better or worse). (We regularly took turns riding just sitting in the boot of our estate car, no seatbelts or even a proper seat, since three rear seats and four children doesn’t really leave much choice. Great fun, mostly.)

Those were the days!

I don’t remember much else about that trip except that I know that we drove through Venlo, because that’s where I happened to wake up, while we were filling up at a filling station.