Looking for some blanket-related words

Two nagging gaps in my English vocabulary correspond to the German words Bettwäsche and Bettdecke.

The first refers to, essentially, all the material on a bed, but specifically the pillowcase and the cover of the Bettdecke, sometimes also to the fitted sheet. I’ve used bedclothes but am not sure whether this is the correct word. The PONS Illustrated German–English dictionary I bought partly for this suggests bed linen. Any suggestions from you? 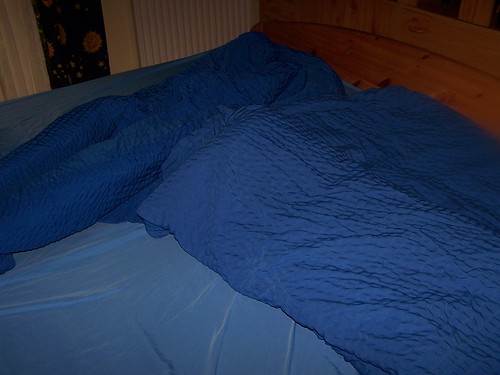 I’m temped to call this a blanket, except that I have a feeling that blanket refers to something woolen and in once piece, along the lines of this: 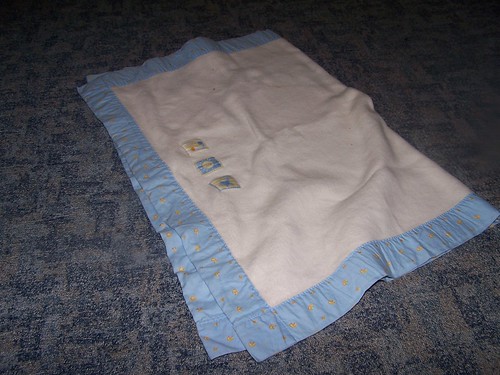 Not only are the things on our bed not woolen (since I’m allergic to dust mites, so I try not to use organic materials such as wool or feathers in our bed), they consist of an inner core (which is the thing that keeps you warm) and a cover around it. I don’t know, but the inner thingy doesn’t feel blanket-y to me.

The image of a made bed in the aforementioned picture dictionary has an eiderdown, and that word would feel appropriate to me if my Bettdecke actually had eider down in it, but it has no down in it at all.

So what is it? The words comforter, duvet, and doona also seem appropriate, but I’m not really sure what range of objects each word encompasses.

Hm… looking at the Google Images searches for Bettwäsche, Bettdecke, eiderdown, comforter, duvet, and doona, it seems that all the English words seem to be possible matches for what I have in mind. Doona seems to be an Australia-only word, though, judging by the domain names in the image searches. Maybe the choice of doona—duvet—comforter is a AU—UK—US thing?

Hm²… looking at the Wikipedia articles for quilt, duvet / doona / eiderdown, comforter, blanket, bed sheet, and bedding makes me think that perhaps comforter is the best word in this case, since apparently not only eiderdown but also duvet and doona imply a filling of down or feathers.

Still, comments are appreciated, especially when accompanied by the area of the world that shapes your choice of vocabulary, since I can well imagine that usage differs in England, Canada, the US, Australia, New Zealand, and other parts of the English-speaking world.