It's all maths, you see

Yesterday, I was playing around with some of Amy's Lego, and was placing some fences on a board.

I was surprised to find that the fence, which I had placed at a random angle rather than horizontally or vertically, seemed to fit perfectly! Since diagonals are not, in general, a whole number of units long, I found this surprising... perhaps the distance was close to a whole number? But it fit rather too well for it to be chance.

It was only after a looked at the result more closely and counted that I realised what was happening. (I was also, at first, misled by an off-by-one problem: the number of bumps that are "covered" by a fence are not, of course, the number of spaces between bumps.)

Here are a couple of pictures. (From after I had placed some more fences; at first, there was only one of the short white fences.) 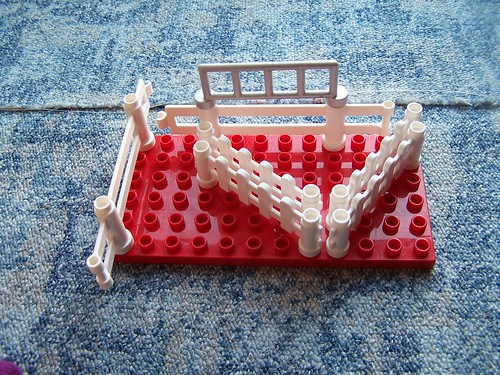 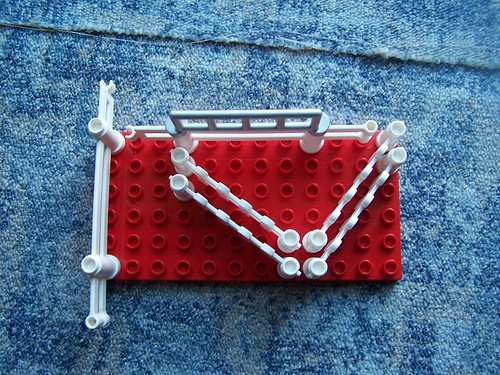 (How quickly) can you figure it out?